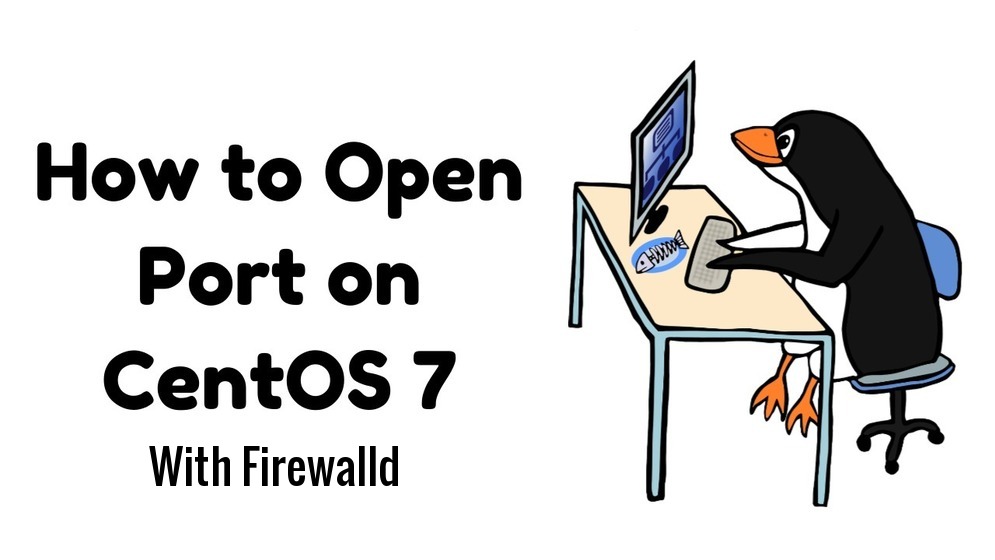 Want to learn how to  Open Port in CentOS 7 With Firewalld ? In this tutorial, we will show you how you can open a port in the default firewall in CentOS 7, Firewalld.
You will see that while we can manually open a particular port, it is usually easier and more beneficial to allow based on predefined services instead.

Opening a port in firewalld is usually straightforward; for instance, we will allow traffic in from any source IP address to TCP port 110. First, we need to edit the persistent configuration; then, we reload firewall-cmd to load this change into the running configuration.

Since the –permanent flag is not specified, this should only change the running configuration, and it won’t be saved.
We should be able to check the ports that are opened in the current default zone with ‘—list ports’.

As expected, TCP port 110 is open.
If we ever want to remove a port, we can use ‘—remove port=’We could also open a range of ports in the same way:

Rather than having to manually specify a port number to allow through the firewall, we can make use of a bunch of predefined services, which might be simpler. For example, instead of opening TCP port 80, we can use the ‘http’ service.

Now, if we decide to list the services that are accepted through the firewall, we will see http listed along with ssh and dhcpv6-client, which are allowed through by default.

This is a predefined service, and you can find it as an XML file in the /usr/lib/firewalld/services/ directory. Here’s what the http service we just used looks like:

If you’re wondering why you need to use services when you can just specify the port directly, well, modules can be specified in a service. For example, samba.xml loads the module “nf_conntrack_netbios_ns” for us when it’s enabled, along with a few different ports, which is a lot simpler than doing all of this ourselves, as we don’t have to memorize all of the ports required for a service.
Still not a fan of firewalld? Don’t worry, you can always install ifconfig in CentOS 7 instead; however, note that this is considered deprecated.

We learned that the firewall in CentOS 7 can be modified to open a specific port, or more preferably, we can open it to a service.
While these basic examples demonstrate opening a port to any source, this is usually not desirable. We can further filter based on source traffic with firewalld rich rules.

No votes so far! Be the first to rate this post.

About the Author: [email protected]